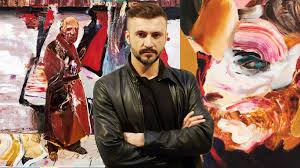 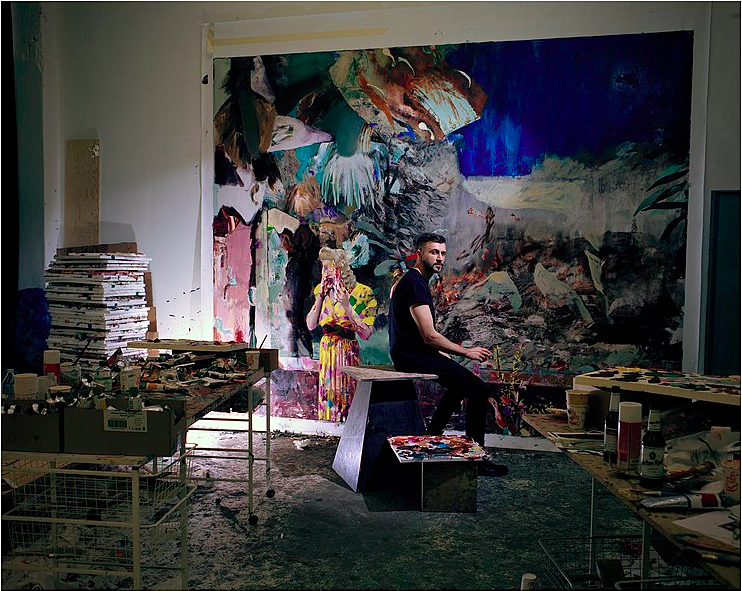 Rapidly compared to Francis Bacon, Adrian Ghenie has been electrifying the art world for 10 years. Now crowned with a record at over 10 million dollars, he is one of the 100 most successful artists in the art auction market and has established himself as one of the most sought-after painters of our time.

A graduate of the University of Art and Design of Cluj-Napoca (north-west Romania) in 2001, Adrian Ghenie produces powerful paintings on the cusp of representation and abstraction, preferring the palette knife to the brush. His favourite subjects tend to be vivid depiction of key figures from 19th and 20th century history – Charles Darwin, Vladimir Lenin, Vincent Van Gogh and Marcel Duchamp – sometimes as partial self-portraits. His highly expressionist and organic paintings seem to focus on distorted matter and tortured flesh, much in the same vein as Lucian Freud and Francis Bacon (to whom he has often been compared and even juxtaposed at a 2012 exhibition at the Palazzo Strozzi Foundation in Florence).

Adrian GHENIE’s meteoric rise began in 2011 when his work was included in a group exhibition at the prestigious Pace Gallery. Supported by one of the world’s most respected galleries, a powerful painting titled Swimming Pool (measuring less than 50cm) was subsequently presented at Phillips de Pury & Company in New York that same year where it immediately attracted strong bids from wealthy collectors, fetching double its estimate at $22,500. While the Pace Gallery label undoubtedly contributed to that initial success, the art world had already noticed Adrian Ghenie since a 2006 exhibition at the Haunch of Venison gallery in Zürich. A year later, in 2007, the Haunch of Venison gallery subsequently became a subsidiary of the world’s most powerful auction house, namely Christie’s. In 2011, Haunch of Venison-Christie’s opened its second space in London and devoted a solo show to the young “Ghenie”. After that, his work was exhibited at numerous venues around the world including the Museum of Contemporary Art in Denver, the Palazzo Strozzi in Florence and the Kunsthalle Műcsarnok in Budapest and his reputation grew commensurately. Not surprising therefore that his auction debut and subsequent secondary market evolution was highly successful.