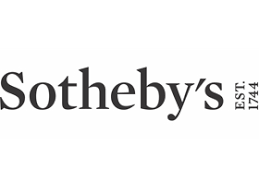 After Christie’s generated more than $1 billion last week from 20th and 21st century artworks (AMI link), Sotheby’s has hammered its third best-ever sales total at $408.5 million from an assortment of 19th and 20th century art in New York. The best results were generated by Picasso’s Femme nue couchée (nearly $67.5 million) and works by Claude Monet and Paul Cézanne. But the real breadwinner of Sotheby’s sales was the divorce proceedings dispersal (part II) of the Collection belonging to the American billionaire couple Harry and Linda Macklowe, an extraordinary collection covering 60 years of Modern and Contemporary art.

Sotheby’s – the American auction firm owned since 2019 by Patrick Drahi – is a fierce competitor to Christie’s and is growing rapidly. Between 2019 and 2021, its Fine Art auction turnover rose from $1.79 billion to $2.46 billion, up 37% in two years. Although the number of lots sold has remained stable (just over 6,000), Sotheby’s activity is continuing to intensify with the arrival of new and highly-active bidders and the organization of very high quality sales, of which the most emblematic in recent months has been the two-part sale of the Macklowe Collection.

By reaching a total of $922.2 million between the November 2021 sale and that of last week, the Macklowe Collection has done better than the Rockefeller Collection ($835 million in 2018 at Christie’s, versus an estimate of $500 million) and has therefore become the most expensive collection ever sold in auction history.

The first part of the Macklowe Collection sale took place on 15 November 2021 and offered some of the most iconic signatures in European and American art over the past eighty years. The session totaled $676 million from 35 lots. A canvas by Willem De Kooning (Untitled XXXIII) and an important sculpture by Picasso (Figure (Project for a monument to Guillaume Apollinaire)) sold for over $20 million, and four works attracted results above the $50 million threshold. The two most expensive works in the sale – Painting N°7 by American Abstract Expressionist Mark Rothko ($82.4 million) and Alberto Giacometti’s Le Nez ($78.4 million) – accounted for nearly 60% of the two artists’ annual auction turnovers.

Also fetching more than $50 million, a superb canvas by Cy Twombly became the abstract painter’s third most expensive work ever sold at $58.8 million, and Jackson Pollock set a new record at over $61 million (with Number 17, 1951).

Last week, on May 16, the second Macklowe session generated $246 million from 30 lots in 90 minutes. The highlight of the sale was a dark red canvas by Mark ROTHKO dated 1960 which sold for $48 million after bidding between New York and Hong Kong. The substantial difference in price between the Rothko sold in November ($82.4 million) and that of last week ($48 million) was due to the additional 60 centimeters of the first canvas as well as the lively and luminous energy of its pinks, oranges and yellows. The N7 in the first Macklowe session was considerably more attractive than the more austere second canvas, produced in 1960, six years before the artist’s tragic suicide.

Other highlights of this second session were a monumental painting by Gerhard RICHTER – Seestück (Seascape) (1975) which fetched $30.2 million, a canvas by Willem de Kooning that sold for $17.7 million and Synopsis of a Battle (1968) by Cy Twombly which obtained $15.3 million.

A camouflage self-portrait by Andy WARHOL sold within its estimated range for $18.7 million; works by Cy Twombly, Sigmar Polke and Mark Grotjahn sold between $5 and 15 million; Willem DE KOONING’s Untitled (1961) attracted bidding up to $17.8 million (adding more than $10 million to its low estimate) and a painting by Roy LICHTENSTEIN (Mirror #9, 1970) tripled its high estimate selling for $6.1 million.

New York is where Sotheby’s hosts its best performing art sales (accounting for 58% of the company’s annual art auction turnover in 2021). The Big Apple remains the primary hub of the ultra high-end art market, with Hong Kong in second place but rising fast. At the end of last month Sotheby’s hammered its second best-ever single-day sales total in Hong Kong at $496 million, an amount commensurate with the totals usually expected from New York’s prestige sales.