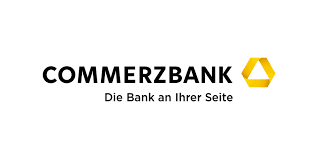 A spokesperson for Commerzbank confirmed to local media that it applied for the license with BaFin earlier this year as a first for a major bank in Germany.

One of the largest banking institutions in Germany has confirmed that it applied for a local crypto license earlier this year, marking the first time a major bank has made a move toward cryptocurrencies in the country.

A spokesperson from Commerzbank confirmed to local media outlet Börsen-Zeitung on April 14 that it “applied for the crypto custody license in the first quarter of 2022.” If approved, it would be authorized to offer exchange services along with custody and protection of crypto-assets.

Since January 1, 2020, any business wishing to offer cryptocurrency services in Germany must first seek approval from the Federal Financial Supervisory Authority, also known as BaFin.

Currently, only four companies have approval, but BaFin states it has over 25 applications pending from firms wishing to operate crypto custody businesses.

Coinbase Germany was the first to be approved by the regulator in June 2021, and the Berlin-based financial technology firm Upvest was most recently approved for a license in March.

Commerzbank has seen involvement in blockchain projects as far back as 2018 and carried out some of the first transactions on a distributed ledger technology (DLT) security lending platform with other major banks the following year.

More recently, in August 2021, the firm partnered to develop blockchain-based digital marketplaces for existing asset classes such as art and real estate.

Germany introduced a raft of reforms, regulations and further adoption of blockchain technology and cryptocurrencies in 2021.