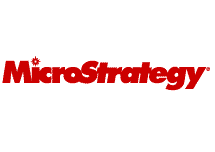 MicroStrategy will not be taking a break from buying and hodling Bitcoin any time soon according to a letter to investors from the company’s CEO, Michael Saylor.

MicroStrategy CEO Michael Saylor has proclaimed to the shareholders of his company that his firm intends to “vigorously pursue” its reserve assets strategy to buy and hold more Bitcoin.

Saylor’s publicly traded company is the largest single-wallet holder of Bitcoin (BTC) in the world with 129,218 BTC, according to wallet tracker Bitcoin Treasuries. Those coins are currently valued at about $5.1 billion. MicroStrategy bought 4,197 more coins on April 5.

By comparison, Tesla, MicroStrategy’s runner-up in the hodling race, owns 43,200 BTC valued at about $1.7 billion.

In MicroStrategy’s 2022 Proxy Statement, which was filed with the SEC on April 14, Saylor praised his company’s ongoing success in being early to add BTC to its treasury and add value for customers and shareholders. MicroStrategy only paid about $3.9 billion for the BTC in its treasury, translating to a paper profit margin of $1.2 billion. Saylor wrote in the letter:

“Our parallel strategy to acquire and hold Bitcoin has been a tremendous success.”

The letter also states that MicroStrategy’s BTC holdings are well in the green, but made it difficult for the company’s executives to obtain liability insurance. As a result, Saylor has provided the insurance out of his own pocket.

Saylor’s 68.1% ownership of MicroStrategy means that he can pretty much do what he likes at the company, which also helps explain why more companies have not followed his lead. He’s been one of the most vocal proponents for Bitcoin since 2020 and uses his position to reach global audiences.

On March 29, the MacroStrategy subsidiary of Saylor’s software firm said it would use $205 million obtained in a Bitcoin-collateralized loan from Silvergate Bank to buy more BTC. Saylor said in an announcement that the loan marked the first time his company was using its BTC holdings as “productive collateral.”

Despite global headwinds from the war, inflation and interest rate rises, MicoStrategy and Do Kwon’s Terra (LUNA) buying tens of millions of dollars worth of Bitcoin at a time has helped maintain some confidence in prices. Terra’s holdings are now only 800 coins behind Elon Musk’s Tesla, which holds the second most BTC among publicly traded companies.