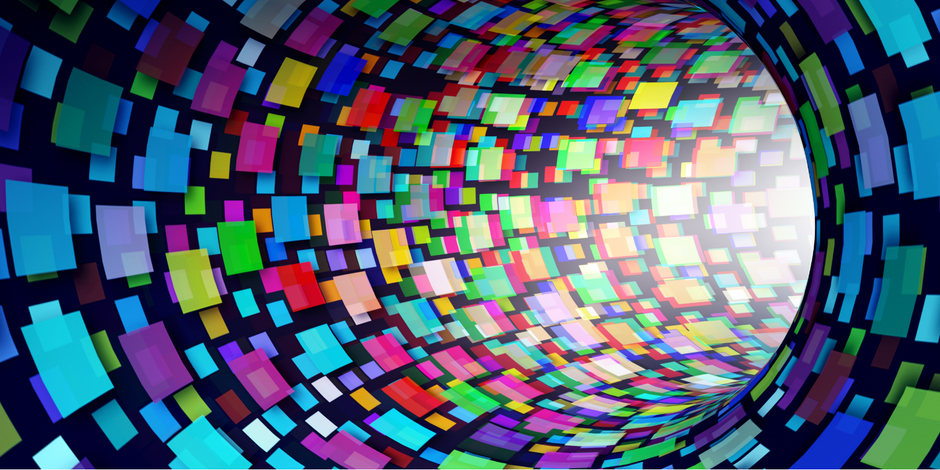 Trying to figure out what’s going on in the metaverse and with NFTs? The Drum has you covered. From Gucci to Pepsi to a $69m piece of digital artwork, we break it down.

There’s a growing sense throughout the marketing world that the door to a vast – and immensely profitable – new frontier is beginning to crack open. It’s a doorway leading away from the physical world, and into the metaverse.

It will be years before the metaverse becomes fully developed and accessible to the average person. It isn’t even really in its infancy yet – it’s more like a technological fetus, being incubated in the servers and engineering departments at companies such as Meta, Intel, Microsoft and Tencent. But eventually it will be born, and it will grow to be the standard technological interface between the physical and virtual realms (like the internet is today). Many of the more forward-thinking brands understand this, and have begun to plan accordingly. In many cases, this has come in the form of the development and sale of virtual commodities (especially non-fungible tokens, or NFTs), a trend that has taken off rapidly over the past couple of years.

Luxury brands appear to be especially keen to cash in on the virtual gold rush. 2021 provided us with a seemingly endless onslaught of headlines announcing high-end fashion’s latest commercial venture into the metaverse: Gucci partners with an augmented reality (AR) app called Wanna to release a line of virtual sneakers; Burbery launches a collection of NFTs in collaboration with a video game company; Louis Vuitton builds its own video game – in commemoration of the company’s 200th birthday – wherein players go on a quest to collect 200 birthday candles, as well as a series of NFTs; Givenchy collaborates with graphic designer Chito to drop a collection of NFTs. And so on and so forth.

In order to understand why many big-name brands have been rushing headlong into the emerging NFT market, it’s important to understand how and why that market emerged in the first place. You can think of NFTs as essentially being digital stamps of authenticity, pieces of data that exist on a blockchain, which are intended to serve as incontrovertible evidence that a particular piece of intellectual property is the authentic original, not a copy.

They’ve also become notorious for the staggering price tags that are sometimes attached to them: the most expensive NFT to date – designed by an artist named Beeple and entitled ‘Everydays: The First 5,000 Days’ – recently sold on Christie’s for an eye-watering sum of more than $69m. Their value stems largely from their non-fungible nature; they’re one of a kind, intrinsically and completely unreproducible. Many people are apparently willing to pay more than the GDP of some developing countries in order to be able to own an asset that’s completely unique. Their enormous demand has also spawned an efflorescence of creativity from digital artists around the world, many of whom were previously frustrated by the lack of a medium through which they could publish their work and make a decent living. Suddenly, the rise of demand for NFTs has made some digital artists fabulously wealthy.

All of this has made NFTs a natural target for luxury brands – which, of course, also derive a significant amount of their value from rarity and artistic innovation. “[Luxury brands have] always been really rooted in cultural currency; their value is based on the cultural cachet that they carry, as well as the scarcity of the product,” says Ashley Lapin, a creative strategist at Current Forward, a brand strategy consultancy. “NFTs are that to a tee. They’re kind of like the newest iteration of being able to own a one-of-a-kind piece of culture, and they have authenticity verification built in. And so it’s a natural evolution for luxury brands to gravitate towards their space, because it just expands their ability to sell, essentially, a piece of art that’s carrying a really high cultural value.”

It’s difficult for many of us, rooted firmly in our web2 mindset, to understand how a NFT could possibly be worth millions of dollars, or how a virtual handbag could sell for thousands. Why would you ever spend such an exorbitant sum on something that you can’t flaunt in the real world? But web3 experts are quick to point out that, in the not-so-distant future, the ‘real world’ (or “meatspace,” as it’s come to be known in some tech circles) will be out of fashion. Passé. Boring. The metaverse, according to some, is where hip people of future generations will be spending most of their time, spending most of their money, and showing off their ‘material’ wealth.

“These [virtual] items that you’re buying, it’s not so that you’ll have them as a collection. They’re now useful in the metaverse because you can be carrying your bag around, your avatar could be wearing the shirt and the shoes,” says Jace Kay, a digital creator and the co-founder of the Stationhead app. “So for the same reason why it’s a status symbol in the real world, it’ll be a status symbol in the virtual world – maybe even more so because you can check the scarcity to know how much they actually paid for that.”

The future of commerce?

As they watch the door to the metaverse slowly open, a growing number of brands are concluding that the virtual marketplace – hosted on a blockchain and centered around virtual commodities – is, in fact, the future of commerce. On the other side of that coin, there appears to be a growing awareness that any brand that doesn’t start investing in its metaversal infrastructure right now is going to risk being left behind by more tech-savvy competitors. Hence the mad dash from luxury brands into the virtual marketplace that we’ve witnessed over the past year. But this may prove to have only been the first wave of a larger movement, the vanguard of a much larger army of brands that will soon follow in its footsteps.

In fact, a number of household-name brands are already doing so. Last March, Taco Bell released a collection of (of course) taco-themed NFTs; later in the year, Glenfiddich sold bottles of rare whisky – costing $18,000 a pop – as NFTs; just before Christmas, Pepsi announced its ‘Mic Drop’ NFT campaign. Though NFTs from food and beverage companies will be used in slightly different ways from those that are launched by fashion companies, the underlying appeal to consumers is essentially the same: as opportunity to own a unique cultural artifact, to attain next-level brand affinity, and to flaunt one’s virtual bling and tech-savviness in the burgeoning metaverse.

“If you are a fan of these brands, [virtual goods are] like the ultimate brand experience,” says Lapin. “The money goes to being able to be the one to say anywhere – whether it be on Fortnight, on social media or amongst your friends in real life – ’I am the owner of XYZ, Balenciaga this, Gucci that.’ That’s where the cachet comes in. And so selling off the newest, most exclusive piece of a brand is where the draw comes from.”

That, fundamentally, is what NFTs and virtual goods represent: the newest, most exclusive piece of a brand.

Where do fads begin and end?

Like any new technology, it’s impossible to know with much certainty at this point how the metaverse will be used in the future. NFTs could turn out to be a short-lived fad – we may look back in 10 years shaking our heads and laughing in disbelief that anyone could have been foolish enough to spend tens of millions of dollars on what amounts to a piece of digital artwork.

Alternatively, the NFT market could continue to grow, in which case we’ll probably applaud those early pioneers for their courage and their foresight, much as we do today for the early adopters of Bitcoin. The brands that have recently been dipping their toes into the metaverse and the virtual marketplace have been doing so more as an experiment than anything else; there was never a guarantee that anyone would have been willing to pay anything at all for a digital handbag, for example. But when Gucci launched a virtual handbag on Roblox, it ended up selling for a higher price than its physical counterpart. Go figure.

These brands just noticed that a new commodity was selling for millions of dollars, garnering a lot of attention from young and wealthy consumers, and so they decided to give it a shot. The early results have been encouraging enough that more brands are now clamoring through the door to the metaverse to stake their claim in the lucrative virtual marketplace.

So, what does all of this mean for brands that are looking to stake their claim in that marketplace?

For one thing, as Kay points out, it’s important for brands to have a communications strategy that leverages the high levels of excitement that currently surround NFTs. “Everything in the NFT space moves so fast,” he says. “People expect something every day. If you haven’t given them an announcement every day, they’re like, ‘what’s going on?’ But that’s just because people are excited about it.”

Authenticity and transparency – two core principles of the web3 revolution – can also be powerful guiding principles for brands seeking to break into the metaverse. “Web2 in a lot of ways paved the way,” says Michael Cruz, partner and head of content at Summer Friday, a marketing and advertising agency. “It was highly governed from the top down. [It was like] playing in someone else’s playground. But as we start to move into web3, there’s more autonomy, and this should include a better social experience altogether. So if you’re going to come into the space, tapping into that authenticity is key.”

Avery Akkineni, president of VaynerNFT – a consultancy firm founded by Gary Vaynerchuck, which helps brands navigate the emerging NFT market – points out that ‘the metaverse’ is much more than just NFTs: “Many think ‘the metaverse’ represents digital real estate; but to us … the metaverse is a much bigger concept; representing the potential of a connected, web3 world that includes VR, AR, NFTs, virtual worlds and much more,” she tells The Drum in an email. And while NFTs certainly pose exciting opportunities for marketers, she says, it’s still important for brands to build comprehensive strategies across multiple channels. “NFTs are certainly an important component of forward-thinking marketers’ channel mixes, but it’s still quite early,” Akkineni writes. “There is tremendous value in traditional marketing and sales channels, along with social media apps, gaming ecosystems and more.”

Richard Oppy, vice-president of global brands at Anheuser-Busch InBev, says that Budweiser – VaynerNFT’s flagship client – is eager to emerge into the NFT market. “We are bullish on NFTs, not only because we understand the opportunity, but the reason behind them,” Oppy tells The Drum in an email. “NFTs provide us with the opportunity to engage with our fans in an entirely new way – giving them the ability to collect and own a digital piece of our brands, as well as gain backstage, exclusive access to the experiences they offer, for the first time. We believe the metaverse will become a space where consumers will be entertained, socialize, invest and explore their creativity, and we plan to be at the forefront of that experience.”

The growing market for virtual goods spells enormous opportunity for brands. But only, as Cruz points out, if they have a carefully developed strategy: “As you’re building brand and status in the digital sphere, purchases and items become critically important. In order for brands to tap into that they, one, need to leverage their equity, recognize how they fit within the narrative and be authentic in their approach. And, two, don’t just launch projects for the sake of being in the space; launch it with the understanding that they have to go in 100%. And participation is key.”

Drum’s daily US By Webb Wright