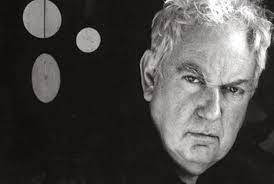 In Paris in 1926, Calder began creating his Cirque Calder, a miniature circus made from wire, cloth, string, rubber, cork, and other found objects. Designed to be transportable (it went so far as to fill five large suitcases), the circus was presented on both sides of the Atlantic. Soon his Cirque Calder (currently on display at the Whitney Museum of American Art) became popular with the Parisian avant-garde. He also invented wire sculpture, or « drawing in space », and in 1929 had his first solo exhibition of these sculptures in Paris at the Galerie Billiet. Hi!, in the collection of the Honolulu Museum of Art, is one of the earliest examples of the artist’s wire sculpture. The painter Jules Pascin, friend of the cafés of Montparnasse, wrote the preface to the catalogue.

A visit to Piet Mondrian’s studio in 1930, where he was impressed by the environment as an installation, « shocked » him into fully embracing abstract art, towards which he was already tending.

Tribute to Jerusalem on Mount Herzl, Jerusalem, Israel
It was the blending of his experiences to develop purely abstract sculpture following his visit with Mondrian that led to his first truly kinetic, motor-driven sculptures that would become his signature works. Calder’s kinetic sculptures are considered to be among the earliest manifestations of an art that consciously departed from the traditional notion of the artwork as a static object and incorporated the ideas of gesture and movement. immateriality as aesthetic factors.

Dating to 1931, Calder’s abstract sculptures made of discrete moving parts powered by motors were dubbed « mobiles » by Marcel Duchamp, a French pun meaning both « movement » and « pattern. » However, Calder found that motorized works sometimes became monotonous in their prescribed sense. movements. His solution, which arrived in 1932, was to hang sculptures that derived their movement from touch or air currents. The first of these were made of wire, found objects and wood, a material that Calder had been using since the 1920s. outdoor movement. Wind mobiles featured abstract shapes delicately balanced on pivoting rods that moved with the slightest draft, allowing for a natural play of shapes and spatial relationships. Calder also experimented with self-supporting, static, abstract sculptures, baptized “stabiles” by Jean Arp in 1932 to differentiate them from mobiles. At the International Exposition of Arts and Techniques in Modern Life (1937), the Spanish pavilion featured Calder’s Mercury Fountain sculpture.

During World War II, Calder continued to carve, adapting to a wartime shortage of aluminum by returning to carved wood in a new open form of sculpture called « constellations ». After the war, Calder began cutting sheet metal shapes into evocative shapes and hand-painting them in his signature bold hues. Calder created a small group of works around this period with a hanging baseplate, for example Lily of Force (1945), Baby Flat Top (1946) and Red is Dominant (1947). He also produced works such as Seven Horizontal Discs (1946), which he was able, like Lily of Force (1945) and Baby Flat Top (1946), to disassemble and mail to his next exhibition at Galerie Louis. Carré in Paris, despite the strict size restrictions imposed by the postal service at the time. His 1946 exhibition at Carré, curated by Duchamp, consisted mainly of hanging and standing mobiles, and it had a huge impact, as did the essay for the catalog of French philosopher Jean-Paul Sartre. In 1951, Calder designed a new type of sculpture, structurally linked to his constellations. These « towers », fixed to the wall with a nail, are made of metal struts and beams that protrude from the wall, with moving objects suspended from their frames.

Without denying Calder’s power as a sculptor, an alternative view of 20th-century art history cites Calder’s early 1930s diversion from motorized works to wind mobile as marking a watershed moment. in the abandonment of modernism. of its earlier engagement with the machine as a critical and potentially expressive new element of human affairs. According to this view, the mobile also marked a departure from Modernism’s broader goal of a rapprochement with science and engineering, and with unfortunate long-term implications for contemporary art.