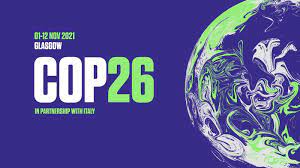 A group of 190 countries and organisations will agree to commit to the end of coal power at the Cop26 climate summit, it has been announced, in a potentially major step towards limiting global temperature increases.

The UK government announced on Wednesday night that major coal countries such as Poland and Vietnam are among the nations committing to phasing out the use of the world’s dirtiest fossil fuel for the first time.

Meanwhile, researchers have warned that the rebound in global CO2 emissions following the start of the Covid-19 pandemic is set to be “bigger than expected”, with emissions expected to rise by 4.9 per cent this year.

It came as an analysis by climate researchers at the University of Melbourne found that the world was “heading for 1.9C of heating” due to some of the major climate pledges already secured at the UN summit.

Carbon credit markets are changing with the times