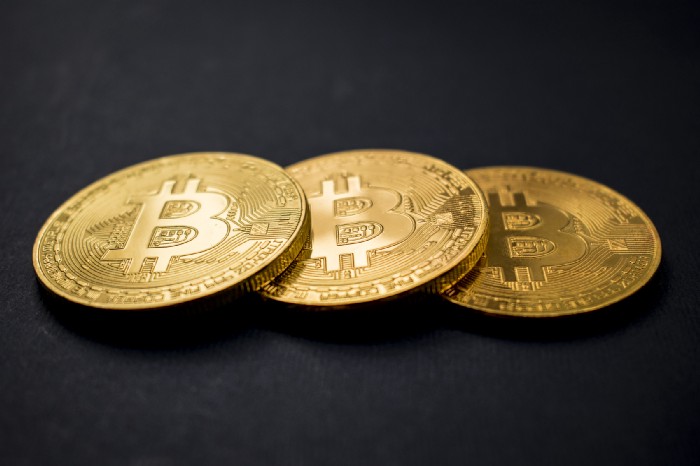 The World is yet to realise it. Akarsh Nalawade

Bitcoin has won. There has never been a more secure, scarce, valuable, transportable, decentralized and networked asset in all of humanity’s history. It’s more mobile than gold. It appreciates faster than property. It’s supply is fixed unlike stocks and bonds. It’s payment network is faster and cheaper than Visa’s. It’s user base is growing faster than the Internet’s was in the 90’s. It’s market cap is a shade over a trillion dollars. It has an enormous potential upside. It’s already too big to fail. And yet, sceptics keep repeating the same old FUD. Here’s where I’ll break it down.

Bitcoin Is A Railway Network In Cyberspace

What’s “greener”: driving to work or getting the train? Obviously the train, right? But what if you factor in the total energy consumption of building a fully functional and connected rail network? It took decades and billions of dollars (money IS energy) to create a rail network that everyone can use for a fraction of the cost. That’s what Bitcoin is: a railway network in cyberspace. The energy used up to create this massive, secure, decentralized and redundant network is enormous. But only when viewed in isolation. When it’s complete — and it almost is — it will allow anyone to send money to anyone else anywhere at any time for almost no cost. Pure, friction-less, monetary energy flowing between parties across the bitcoin rails. Ultrafast, ultra-secure, ultra-reliable. Imagine trying to send your friend in Bhutan a bar of gold at 12:45PM on a Sunday. Bitcoin does this in a second.

Everything is either matter or energy. And humans need energy to survive. We’ve always converted energy from one form to the other. Take electricity for example. Electricity cannot be transported for more than 500 miles — that’s a hard limit. So when human populations blossomed in cities throughout history — NYC, Bombay, London, Paris, Singapore — electricity had to be transported to them. And because of the hard-limit, we built power stations. We expanded so much energy to bring energy to people. But there’s trapped energy on earth in places that are entirely uninhabitable— streams, seas, deserts, forests, geysers, ice-caps… What if you could convert the kinetic energy of a remote waterfall in the middle of an uninhabited part of the Amazon rainforest into electricity? And use that to power a Bitcoin mining rig?You’ve now converted natural, renewable energy into an asset. Now multiply that by a billion. There are a billion sources of trapped energy on our planet which we ignored simply because we don’t live near them. A totally decentralized, unintrusive, renewable network of Bitcoin rigs whizzing away to create a secure, decentralized asset network. Powered by Mother Nature. We don’t need this electricity to be fed into our homes because noone lives there. How about we use it to mine bitcoin instead?

Hey if Bitcoin is really this valuable, why don’t we use every single computer chip on the planet to do one thing: mine Bitcoin. Won’t this mean we can mine more of it and get paid and get rich? Isn’t that what we did with the Gold Rush? Well, no — you can’t. Because of the beauty of the “difficulty adjustment”. You see, unlike fiat money which can be conjured up from nothing (remember money IS energy. And energy can’t be created nor destroyed. Fiat money breaks the second law of thermodynamics and is thus bogus), the number of bitcoins that can be mined are fixed. When you “mine”, you get rewarded for your work in Bitcoin. You can only ever mine a fixed number of Bitcoin in a particular cycle. And this reward halves every four years. As more and more miners pile in with their supercomputing hardware into this digital gold rush, the Bitcoin algorithm automatically adjusts the difficulty to make it harder to mine the fixed number of Bitcoin. When China banned Bitcoin mining a few months back, 50% of the Bitcoin mining network went down. The difficulty adjustment automatically made it easier for the remaining miners to mine the bitcoin. You see — it’s a genius function of incentive, demand, supply and computing power. And it happens autonomously. And it worked like a charm. Do you think Google would face any issues if 50% of it’s computing power switched off overnight?

Bitcoin Is The Most Secure Computer Network On The Planet

Bitcoin has never been hacked. 12 years and counting. It’s greatest weapons: decentralization and redundancy. Every single Bitcoin node has a copy of the blockchain that every other node has. So if you’d like to edit or hack the blockchain, you’d have to get 51% of the entire global bitcoin mining network to agree with you. You can’t because they won’t. You see, mining not only generates more Bitcoin. It also secures the network through decentralization and redundancy. So miners are incentivised to mine Bitcoin and as a by-product, every Bitcoiner wins. If you’d like to ban Facebook, you give Zuckerberg a call. Who do you call to turn off Bitcoin? That’s right. Noone. Or everyone.

There’s so much more FUD that I’ll be debunking in the next few days. This was simply a taster. Bitcoin is a rabbit-hole that never ends. It’s grounded in economics, ecology, network theory, computer science, mathematics, cybersecurity and game theory. The more you dig, the more you’ll find. It’s a trillion dollar treasure trove that 99% of the world doesn’t own. But you can.