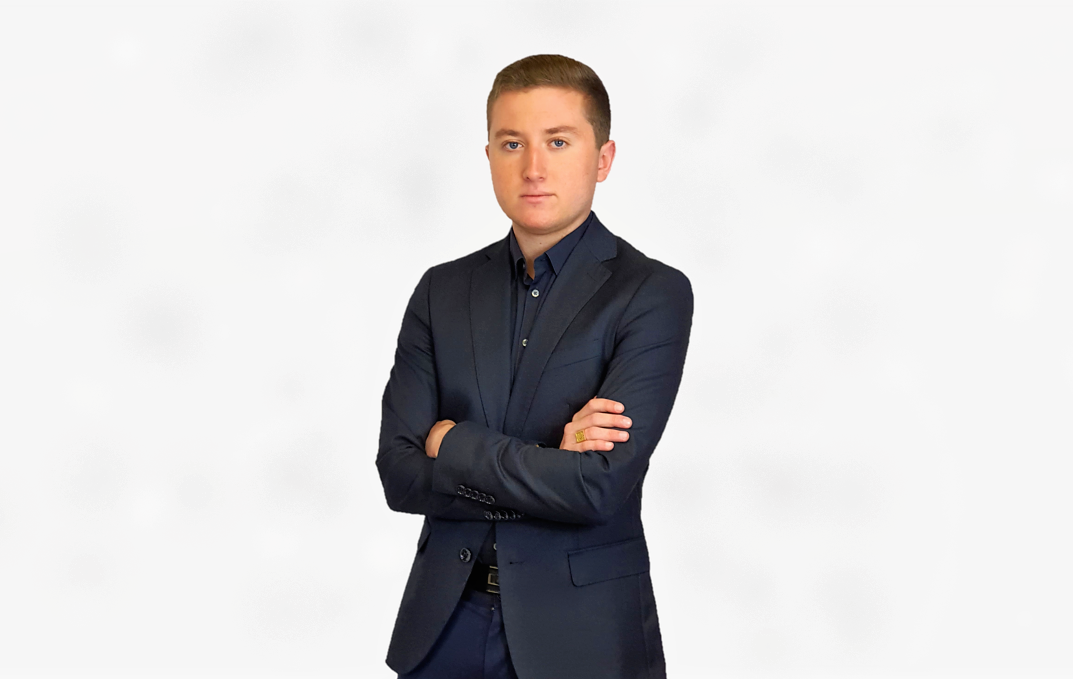 In our last publication [see], we studied the behavior of inflation across time. Peaks of inflation occur by respecting regularities. In the same time, growth follows similar regularities with different frequencies and figures of repetition. It results in a combination of a growth/inflation cycle. More than two centuries of data show that each stagflation crisis is necessarily followed by depression, with intermediary recessions and recoveries.

What is the difference between inflation and growth cycles?

By definition, inflation is a change in prices which results from a mismatch between offer and demand. As a result, changes in economic growth are generally correlated with the same changes in inflation. Nevertheless, we assist regularly to a brief shift (generally few years) in observed inflation and growth. It is particularly persistent for stagflation crisis, with a recession in spite of a strong inflation. 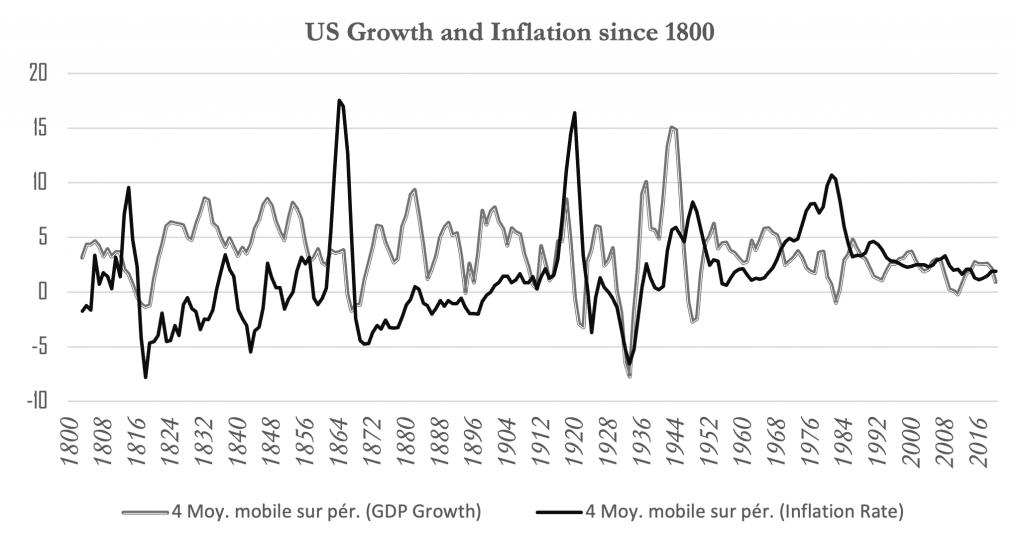 Inflation is a fundamental component of economy. It traduces the implicit volatility of economic activity. The differentiation of growth and inflation cycles creates a more general economic cycle. We saw previously that inflation respected economic cycles similar to those discovered by Kondratieff. Inflation can be associated to a cumulative process, with strong changes (stagflation or depression) at the beginning or the end of the process.

Growth is more volatile and includes more complex cycles, whose particularly cycles similar to Kuznets cycles about 25 years (½ of Kondratieff or 3 waves of 8.6 years…). As a result, each big price wave generally includes two growth waves. Because of the difference in cyclical figures and shorter cumulative periodicities, we observe a repetition of regular economic situations.

The graphic below shows the caparison of the economic growth rate on a period t (X axis) and a period t+1 (Y axis). We first conclude that growth is more tendency and interdependent rather than random and unstable. 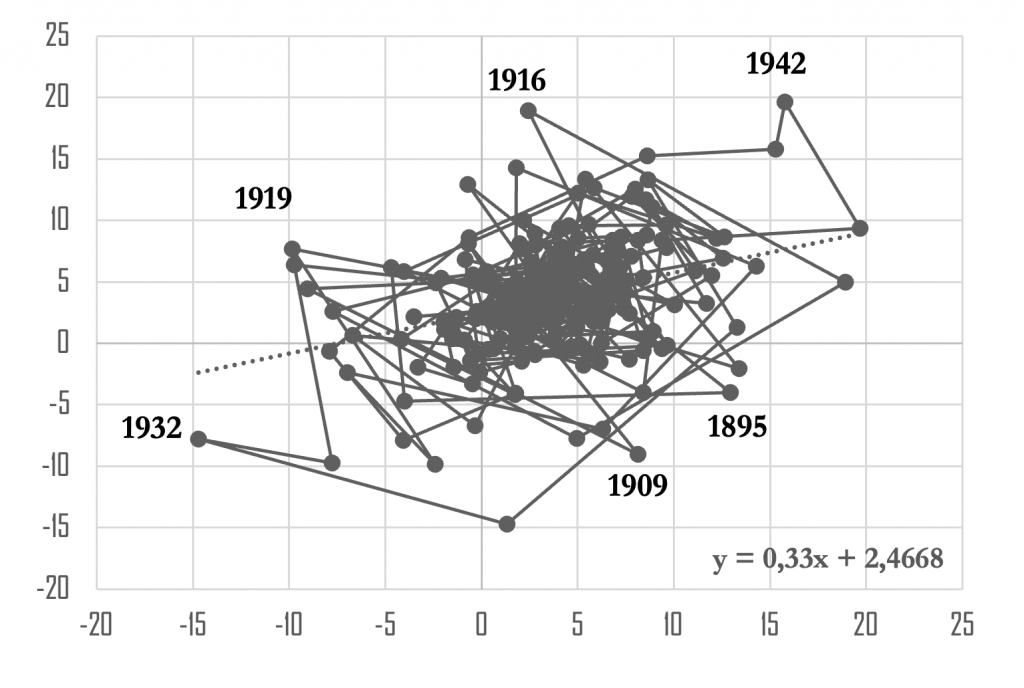 In the American history, we observed 4 major stagflation crises: 1812, 1864, 1920, 1971. The period we are entering into seems more to be a period including stagflation risks. Actually, COVID crisis is typical of a stagflation crisis: recession or stagnation of the GDP with strong inflation, which encourages a continuity of these new trends. The other observation is that we got depressions during the 1780s, 1840s, 1890s and around 1940s.

A history of a long economic process…

We can describe our crisis cycles by a contextualization of the same mechanisms implied by growth and inflation combinate. Each crisis is determined by a previous crisis., because each crisis determines always a little more coming economic trend.

First during an inflationary recovery, capital formation is more expensive because capital has been destroyed by a previous depression. It implies sometimes shortages, quick diminution of unemployment, etc… Then economy recovers until a recession (1857 or 1907 for example), due to excessive speculations or shortages, that is to say a bad allocation of capital resources.

This inflationary recovery changes structurally the evolution of prices, continuing in a dangerous increase.  It leads to a new growth cycles, lasting generally in a period of major public spending. Inevitably, while growth reduces, inflation increase, leading directly to a crisis of stagflation.

After that, stagflation is followed by a major collapse in inflation (generally deflation). The following recovery encourages a deflationary growth. A deflationary growth implies historically a diffusion of new technologies or a growth sustained more by offer rather than demand. Then a recession follows because of excessive speculations or capital maladjustments produced by technological diffusions and structural changes in production and consumption (1825, 1873 or 1929 for example). This new type of crisis encourages economic stagnation. The final step is depression after a hard recovery and an insufficient growth dynamic… And crisis cycles repeat…

To end, the figure below shows the time periods between each peak of deflation, inflation, or depression. Things tend to show we entered around a period of coming stagflation.