Our XXI century economy is determined by the evolution of innovations through time. There are cycles for economy and innovation. Innovation is a cumulative process, boosting and slowing economy. Major cycles of innovation are allowed by the discovery of disruptive technologies. It results in a higher productivity and a considerable economic growth. The key question here is to understand the real importance of disruptive technologies on our economy. 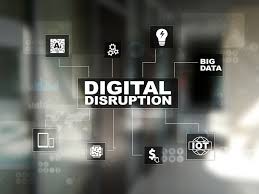 The graphic below from Harvard Business Review shows the ability of disruptive technologies to surpass other markets in terms of profitability. 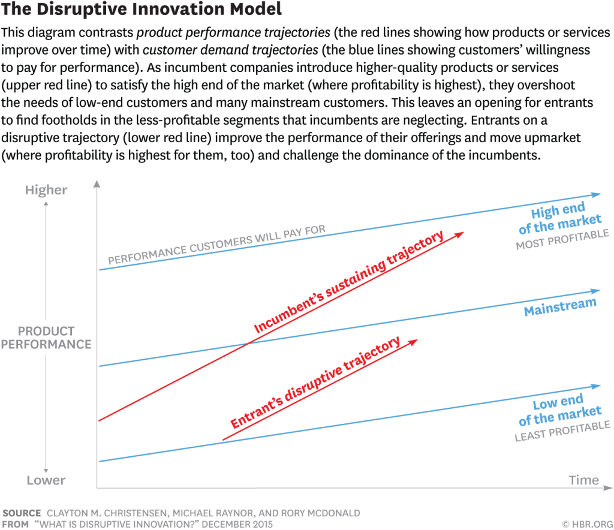 Classically, we have periods of innovation. Indeed, innovations appear following cycles (Joseph Aloïs Schumpeter | Roche Grup). Furthermore, the process of innovation is cumulative. Computers allowed internet to exist. Internet allowed networks and web businesses to exist… The process continues until the initial disruptive technology has been exploited to its limits. A new cycle of innovation comes with a disruptive technology like artificial intelligence (leading to robots, new machines and so on). Innovation is dynamically self-created.

Quantification of growth and coming dynamics.

Investment is the simple action by which a new equilibrium is imposed to a society (new employments, new sales, new production, etc). The entire success of an investment resides in the capacity of a new project to create a more efficient equilibrium. To be clearer, an investment succeeds when the production process results in a higher productivity. The fundamental dynamic of progress (and investments) is initially allowed by the discovery disruptive technologies.

The cost of the fastest supercomputer in 1975 was 5 million dollars (300$ today for the same performances). The massive diffusion of computers generated in 50 years a massive growth. By then, computers allowed the diffusion of internet, social networks, and so on. A large part of growth is determined by the diffusion of technologies. It leads to a higher productivity and finally to a higher GDP. 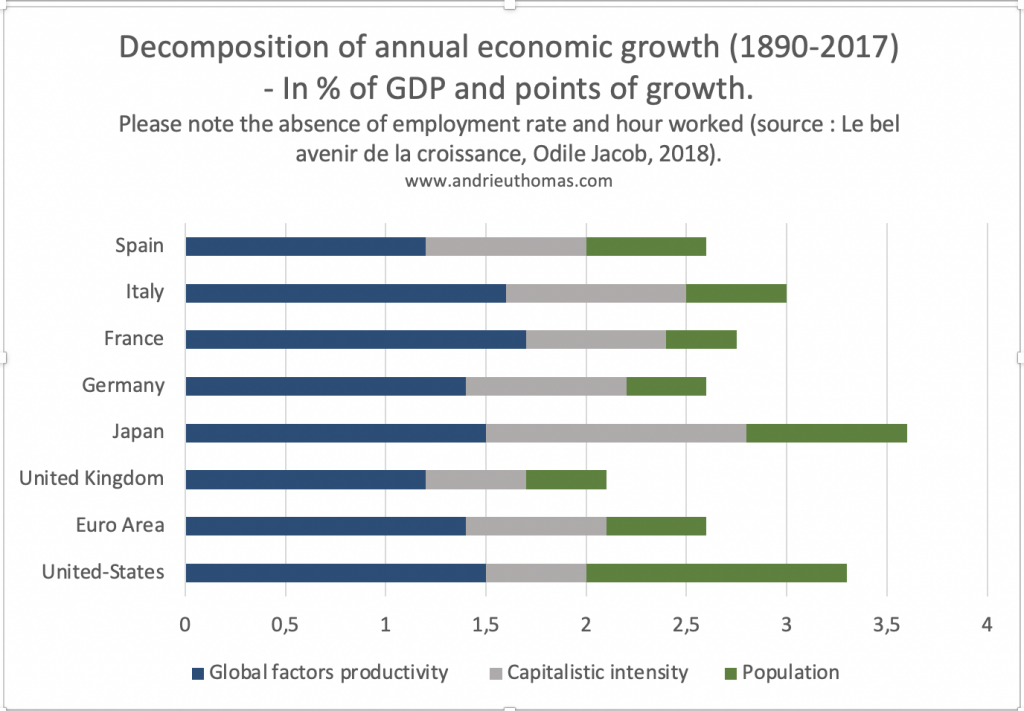 We can understand disruptive technologies from an economic view. The graphic above shows the diverse sources of growth. The major part of growth has been allowed in the last century by the massive diffusion of technologies (global factors productivity). Another part is explained by the capitalistic intensity (investments), and finally an important part of growth is explained by the demographic trend.

By Thomas Andrieu for ROCHEGRUP 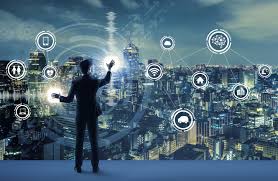 Market overview: everything is normal…

Crisis cycles: why stagflations are followed by depressions