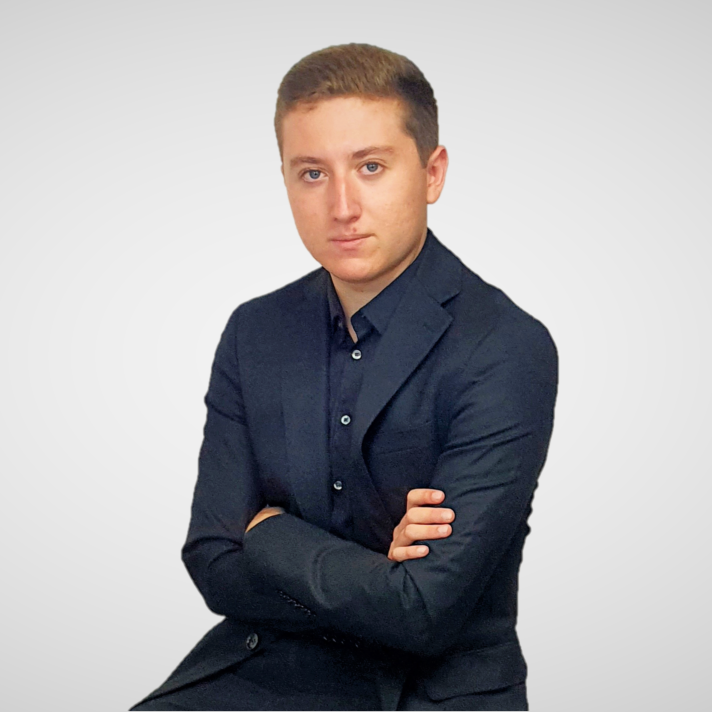 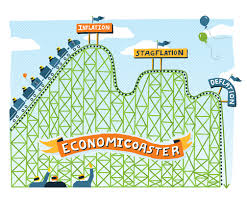 Stagflation is a risk to take in consideration for at least the next two years, and probably then. By definition, stagflation is a situation of economic stagnation with a recessional tendency added to a higher pressure on prices. We are exactly facing this figure and it could become even more intense in this decade. 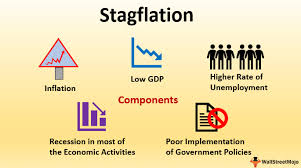 Stagflation can be assimilated to one of the worst manifestations of economic readjustments in time. It implies an extreme tensed situation due to the rise of prices (fall in purchasing power) and economic slow-down (fall in solvability, profits, etc…). A situation of stagflation can be assimilated to a relative high unemployment and an impossibility to satisfy global demand as it should be. This impossibility to satisfy demand generally produces contraction in profits for businesses.

Historically, we can identify the 1973 oil shock as a period of stagflation. In addition, it has partly been the case during the 1940s and the 1960s in some countries. At that time, the long-term trend on prices was higher. As a result, an economic slow-down was a clear signal of stagflation. The conclusion is that stagflation can comes…

1/In an economic long-term boom (after WWII until 1970s) where shortages cause inflation and economic stop.

2/Or, on the opposite, stagflation can appear in an economic long-term stagnation, causing shortages. We are more facing this second risk today.

For 40 years (from 1980s to 2020s), we have been in a situation of disinflation. We have forgotten the stagflationnary risk. Stagflation in often favorable to the price of commodities. However, it is not a real advantage for assets like equities (tensions on profits) or obligations (social tensions and solvability). 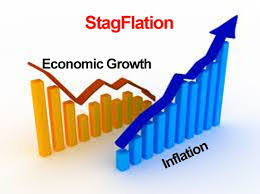 We have to underline two dynamics in our 2020s global economy:

1/The economic shock has been (and is) sustained by trillions of dollars of debt. It implies lower interest rates on short term plan through the actions of central banks and higher indebtment. The fact is that rising indebtment is diminishing potential growth. If we add to it demography, and the possible evolution of productivity, an economic stagnation (excepted rebound effect) is inevitable for the next years [My article on this subject]. Actually, potential growth is dangerously coming to zero for territories like Europe or Japan on this decade.

2/The rise of costs and the decline of the primary sector. The sanitary threat involved a loss in productivity due to measures penalizing production. It is a first short term argument in favor of the inflationary risk. Then we have to identify confidence. Governments are searching for security by creating confusion and social instability, what can constitute a deep inflationary boost if it amplifies in 2021 and 2022. And then we have a long-term argument due to the major difficulties of the primary sector. In my last article for RocheGrup, I showed how the actual economic tensions can last “badly” for sectors like agriculture or commodities. This crisis is a crisis of offer, and as a result, a crisis which can possibly last into shortages… The context was already favorable.

Stagflation is a real economic perspective to take in consideration. There won’t be economic boom for reasons we know. Price instability seems logical whether of an economic recovery, or, on the opposite, an economic collapse.

Stagflation is a fundamental characteristic of economic readjustments. If this risk appears in this decade, it will be a factor in favor of a new very long-term economic tendency in counteraction to the last 40 years (lower rates, lower inflation, higher debt, etc…).

By Thomas Andrieu For ROCHEGRUP