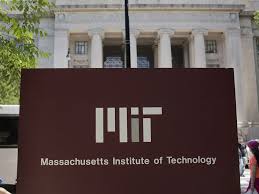 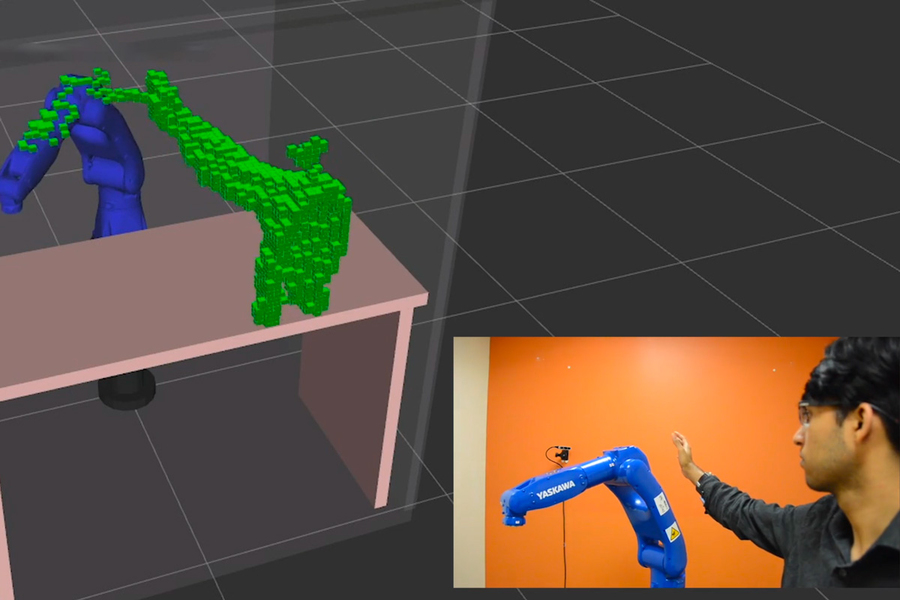 Realtime Robotics has created a controller that helps robots safely move around on the fly.

“When you’re a young student and you want to program a robot, the first thing that hits you is this immense disappointment at how much you can’t do with that robot,” he says.

Most new roboticists want to program their robots to solve interesting, complex tasks — but it turns out that just moving them through space without colliding with objects is more difficult than it sounds.

Fortunately, Konidaris is hopeful that future roboticists will have a more exciting start in the field. That’s because roughly four years ago, he co-founded Realtime Robotics, a startup that’s solving the “motion planning problem” for robots.

The company has invented a solution that gives robots the ability to quickly adjust their path to avoid objects as they move to a target. The Realtime controller is a box that can be connected to a variety of robots and deployed in dynamic environments.

“Our box simply runs the robot according to the customer’s program,” explains Konidaris, who currently serves as Realtime’s chief roboticist. “It takes care of the movement, the speed of the robot, detecting obstacles, collision detection. All [our customers] need to say is, ‘I want this robot to move here.’”

Realtime’s key enabling technology is a unique circuit design that, when combined with proprietary software, has the effect of a plug-in motor cortex for robots. In addition to helping to fulfill the expectations of starry-eyed roboticists, the technology also represents a fundamental advance toward robots that can work effectively in changing environments.

Helping robots get around

Konidaris was not the first person to get discouraged about the motion planning problem in robotics. Researchers in the field have been working on it for 40 years. During a four-year postdoc at MIT, Konidaris worked with School of Engineering Professor in Teaching Excellence Tomas Lozano-Perez, a pioneer in the field who was publishing papers on motion planning before Konidaris was born.

Humans take collision avoidance for granted. Konidaris points out that the simple act of grabbing a beer from the fridge actually requires a series of tasks such as opening the fridge, positioning your body to reach in, avoiding other objects in the fridge, and deciding where to grab the beer can.

In robotics, the motion planning problem revolves around the computational power required to carry out frequent tests as robots move through space. At each stage of a planned path, the tests help determine if various tiny movements will make the robot collide with objects around it. Such tests have inspired researchers to think up ever more complicated algorithms in recent years, but Konidaris believes that’s the wrong approach.

“People were trying to make algorithms smarter and more complex, but usually that’s a sign that you’re going down the wrong path,” Konidaris says. “It’s actually not that common that super technically sophisticated techniques solve problems like that.”

Konidaris left MIT in 2014 to join the faculty at Duke University, but he continued to collaborate with researchers at MIT’s Computer Science and Artificial Intelligence Laboratory (CSAIL). Duke is also where Konidaris met Realtime co-founders Sean Murray, Dan Sorin, and Will Floyd-Jones. In 2015, the co-founders collaborated to make a new type of computer chip with circuits specifically designed to perform the frequent collision tests required to move a robot safely through space. The custom circuits could perform operations in parallel to more efficiently test short motion collisions.

“When I left MIT for Duke, one thing bugging me was this motion planning thing should really be solved by now,” Konidaris says. “It really did come directly out of a lot of experiences at MIT. I wouldn’t have been able to write a single paper on motion planning before I got to MIT.”

The researchers founded Realtime in 2016 and quickly brought on robotics industry veteran Peter Howard SM ’87, who currently serves as Realtime’s CEO and is also considered a co-founder.

“I wanted to start the company in Boston because I knew MIT and lot of robotics work was happening there,” says Konidaris, who moved to Brown University in 2016. “Boston is a hub for robotics. There’s a ton of local talent, and I think a lot of that is because MIT is here — PhDs from MIT became faculty at local schools, and those people started robotics programs. That network effect is very strong.”

Today the majority of Realtime’s customers are in the automotive, manufacturing, and logistics industries. The robots using Realtime’s solution are doing everything from spot welding to making inspections to picking items from bins.

After customers purchase Realtime’s control box, they load in a file describing the configuration of the robot’s work cell, information about the robot such as its end-of-arm tool, and the task the robot is completing. Realtime can also help optimally place the robot and its accompanying sensors around a work area. Konidaris says Realtime can shorten the process of deploying robots from an average of 15 weeks to one week.

Once the robot is up and running, Realtime’s box controls its movement, giving it instant collision-avoidance capabilities.

“You can use it for any robot,” Konidaris says. “You tell it where it needs to go and we’ll handle the rest.”

With a few large rollouts planned for the coming months, the Realtime team’s excitement is driven by the belief that solving a problem as fundamental as motion planning unlocks a slew of new applications for the robotics field.

“What I find most exciting about Realtime is that we are a true technology company,” says Konidaris. “The vast majority of startups are aimed at finding a new application for existing technology; often, there’s no real pushing of the technical boundaries with a new app or website, or even a new robotics ‘vertical.’ But we really did invent something new, and that edge and that energy is what drives us. All of that feels very MIT to me.”