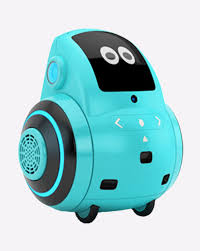 The Economic Times By Anandi Chandrashekhar

Mumbai-based Miko, that makes emotive robots for children has raised a pre-series B round of investment of Rs 23 crore led by Stride Ventures. The funds will be used towards further market share expansion.

The company’s existing investors including Chiratae Ventures, YourNest Venture Capital and a group of angel investors led by the former Nasscom chairman and Group CEO of WNS Global Services, Keshav Murugesh have also participated in the round.

After Miko’s US expansion earlier last year, it has scaled its user base in more than 90 countries, it said. The company also said it had seen an over 20% month-on-month growth in engagement during the pandemic crossing 70 million interactions on its platform.

Ishpreet Gandhi, Founder & Managing Partner, Stride Ventures, said ”The investment in Miko represents Stride’s commitment to enabling frontier technologies that have the potential to disrupt the status quo. We are proud to be associated with a company that is revolutionizing pedagogy through interactive IoT.”

Stride Ventures launched its maiden fund in 2019 with a target corpus of INR 500 crores and plans to invest in 35-40 startups over the next 3 years.

“Miko 2 has now evolved into a powerful content subscription platform with global content alliances. We are on track to surpass the 100,000-user mark in the coming quarters with Miko 2 hosting hundreds of applications and use cases. It’s very encouraging for the entire Miko team to build a global consumer technology brand out of India” said Sneh R Vaswani, Co-Founder and CEO, Miko.