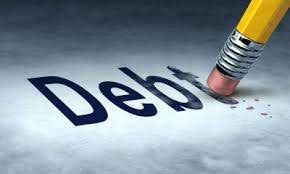 Why the government should make a monetary transition to Bitcoin, and the problems that cryptocurrency would help solve, such as preemptive war and national debt.

As an anarcho-capitalist, I hold that property rights are sacred and that violence is acceptable only when our natural rights, as embedded and enshrined in the Constitution and Bill of Rights, are under a direct and imminent threat, and only in self-defense. I might be the first anarchist, anarcho-capitalist, or minarchist you’ve ever met. Those labels may sound scary to some — that’s fine.

Democrats and Republicans call each other scary names all the time, too. But all my labels mean is that I believe in a monetary system that presumes freedom more consistently than that which is advocated by a typical Libertarian. I identify as such due to a moral judgment I made, one that I arrived at after observing the results of our country’s fiat paper money, odious debt and central banking system. After analyzing these with reference to foundational concepts and principles of economics, I think others will see the generally accepted alternative of Democrat socialism vs. Republican capitalism as I do. 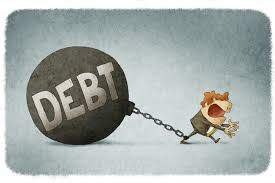 Since it is no longer backed by a valuable commodity such as gold, our currency is subject to manipulation and valuation based on the level of “trust” in its value. That, in large part, means trust in government. But upon what record of honesty and integrity do you trust the government? Most people who have witnessed government mismanagement and corruption of all matters — big and small — are rightfully skeptical. But they do not often view the money in their wallet with the same degree of skepticism. And that’s a mistake.

A lack of skepticism about fiat money

Two recently published studies produced by Brown University estimate the cost of the War on Terror since Sept. 11, 2001 at $6.4 trillion and more than 800,000 lives, half of which were civilians. Adding indirect deaths as a consequence of the war, the number of lives lost climbs to 3.1 million. If they knew these numbers at the time of deciding to go to war, would Congress and the American people still have believed our actions would produce the most cost-effective results, worthy of that human sacrifice? Surely not. We were all manipulated, during a time when our emotions were prepotent and information was scarce, we were pressured by patriotism, and we believed our fiat paper currency could help us afford it. We were wrong.

Hard money regimes are abandoned in wartime, because the debasement of money is a prerequisite of most wars. An honest currency system backed by Bitcoin (BTC) or gold would require Americans to explicitly consent and confirm their willingness to pay for military aggression, as well as all other routine functions of government and the private sector.

An honest currency demands that, when we go to war, we have skin in the game. It’s a small sacrifice to write an IOU for other people’s money, but people more carefully reflect upon the cost and benefits of a purchase when they see their budget shrink in real time.

Bitcoin functions as a reserve currency, denationalized and therefore detached from government manipulation. When it first emerged during the 2008 global financial crisis, banks did not trust each other’s balance sheets and would not lend to each other, which exposed the fragility of markets for traditional fiat currency. If our markets were not manipulated by the central bank, the time preference of money would not be perverted, and our preferences for consumption today vs. saving for tomorrow would be reflected in interest rates.

Prior to the creation of the Federal Reserve, the government did not spend much as a portion of gross domestic product, and private savings rates were high. People invested, bought real estate and deposited money in the bank, accumulating wealth through the power of compound interest. Inflation and interest were under control. However, since 1971, we have abandoned all sense of market discipline and substituted central bank discretion in its place. And fiscal policy, no longer encumbered by its tie to a supply of physical gold, became more interventionist: Governments borrowed more, companies borrowed more. As a result, we all owed more, because all debt eventually flows down to the individual. We may not feel it, but we pay it.

What economists say about money

Other economists agree. Adam Smith, the father of the modern political economy, said:

“All money is a matter of belief.”

When he was a congressman of Nebraska, Howard Buffett, father of Warren Buffet, argued that “paper money systems have always wound up with collapse and economic chaos.” Further, a recent Bank for International Settlements report concluded that the unprecedented growth in central banks’ balance sheets has had an adverse impact on the functioning of capital markets.

In other words: Financial markets are dysfunctional, they no longer price risk appropriately, and they pervert the allocation of capital. They exacerbate inequality and, at the same time, make us all poorer.

If all Americans had used Bitcoin in 2001, we would have had to consent to taxation in order to fund the war-on-terror, therefore immediately feeling the impact of that decision. On the flipside, the value of savings would also be realized, allowing us to better appreciate the effect of adopting a sensible energy policy along with a more efficient allocation of other resources. Prices would again function as a representation of our individual preferences rather than government promises.

Most importantly, using Bitcoin forces us to weigh the options of war and welfare. Using the figures stated above, for example, we would have had to decide if it was worth spending $800,000 per person killed.

With respect to debt manipulation, note that not all debts are the same. Some debt lays the foundation for future returns that will exceed the cost of infrastructure. Other debts will never be repaid, referred to as odious debt.

All debt issued by the U.S. government is odious debt. According to Alexander Nahum Sack in 1927, odious debt is issued by the state to strengthen its power and repress the population. The central bank is aware, as are Wall Street banks, that the spending is profligate, especially hostile debt incurred to prosecute wars. Few believe we can grow ourselves out of this hole, and some want to roll it over into perpetuity. Many advocates of Free Lunch economics believe the State can continually issue debt without limit, because there is no limit to future cash flows collected through increased taxes.

While the debate rages on, so does the debt. And, for many people, the size of the debt no longer has any meaning. The numbers are too large to grasp. They’ve never been asked to sacrifice anything as a result of it, and they cannot imagine what their quality of life would be, living in a country without it.

How can so many Democrats and Republicans believe that there is no limit to indebtedness? No limit to the growth of central banks’ balance sheets? That, somehow, increased market concentration and further concentration of economic and political power combined with very little investment and low productivity growth, will make us wealthy?

Fiat paper money exists only through the monopolistic force of the state. Paper money is dishonest, corrupt, deceitful, and is managed by a cartel. Distrust and power are its currency. The use of fiat money requires permission. It is always subject to confiscation and surrender.

Bitcoin does not allow odious debt and debt that is not explicitly agreed to. It has other attractive features as well: immutability, decentralization, privacy and scarcity; easy to divide and easy to transfer; there’s no need for an intermediary, no need for permission; no one can debase it and no authority controls it; and lastly, the ledger does not lie.

I believe we are in the early stages of forming a new social consensus — a trust revolution. It will be a global one, independent of geography, religion, nationality, culture, ethnicity or gender.

Denationalized money like Bitcoin is an investment in social consciousness. It fosters voluntary trade, it forces the market to celebrate wins and acknowledge losses, and brings more individual control over how we assign prices to the things we value — including our very lives.

A golden rule on mining stocks – By Thomas Andrieu.