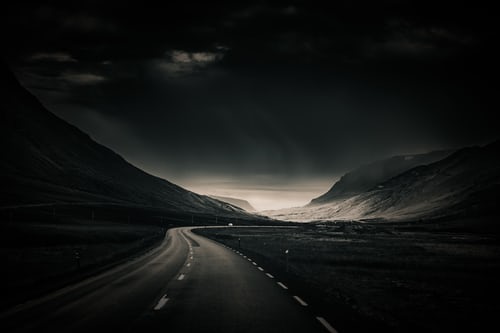 Or so said the business intelligence firm’s founder and CEO, Michael Saylor, in an interview with CoinDesk on Tuesday, shortly after he announced on Twitter that MicroStrategy was doubling down on the godfather cryptocurrency with the purchase of $175 million more BTC.

“I want something that I could put $425 million into for 100 years,” Saylor told CoinDesk.

In the last two months Saylor has transformed his company’s once-sleepy cash surplus into a nearly half-billion-dollar bet on bitcoin, the “digital gold” Saylor is certain will outlast his tenure.

“If (my successor is) staring at this thing, it’s still working,” he said.

“This thing” is a heaping pile of 38,250 bitcoins. The publicly traded firm bought $250 million worth on Aug. 11, days after telling shareholders that cash was no longer a safe place for its excess $500 million. Tuesday morning, it bought $175 million more.

Forget about parking the balance sheet surplus in inflation-prone cash or low-yield bonds or overextended tech stocks, Saylor said. In a market like this – and in the future he said is certain to come – there are only two good places to put excess cash to work: stock buybacks and bitcoin.

It’s a radical about-face for a man who seven years ago declared bitcoin’s days were numbered.

What sparked the change?

An unlikely revelation . “I went down the rabbit hole” during COVID-19, Saylor said, admitting he “was wrong” to have doubted bitcoin back in the $600 range.

The first step in his journey to conversion came from an unlikely source for a newly minted bitcoin maximalist: The sale of the “Voice.com” domain to EOS creator Block.one for $30 million in July 2019.

Fast forward to 2020, and Saylor found himself reading up on bitcoin. He learned as much about crypto as fast as he could. Saylor said he pored over essays by “bitcoin luminaries,” listened to Nathaniel Whittemore’s and Anthony Pompliano’s crypto podcasts, scoured the internet for Peter Schiff’s bitcoin debates with Erik Voorhees and lost himself in Andreas Antonopoulos’ media empire.

COVID-19’s global business woes were actually a boon for MicroStrategy. Saylor said the firm soon realized it had far more cash on hand than it needed to operate in a newly streamlined virtual-first world.

Moving away from the dollar is now Saylor’s primary concern. He said he can’t stand the inflationary risk.

In bitcoin, he and the firm’s decision-makers have found what they deem the obvious choice for the coming century of QE infinity.

“I started to cheerfully assign homework” to MicroStrategy’s executives and directors, Saylor said. He staged “a series of learning exercises to bring everyone up to speed.” If MicroStrategy was really going to move millions into bitcoin, then everyone had to be on board. How to go all-in

There was a lot of ground to cover, Saylor said. But in three months’ time, he and his executives had accrued the crypto education, and dealt with the myriad legal, custodial and security issues that he said stand in the way of publicly traded companies getting into crypto.

Then, in late July, executives unveiled the game plan on the firm’s Q2 earnings call: MicroStrategy would seek to invest up to $250 million in the next 12 months “in one or more alternative investments or assets which may include stocks, bonds, commodities such as gold, digital assets such as [b]itcoin, or other asset types,” MicroStrategy resident Phong Li said on July 28.

It was a declaration so clouded in corporate vagueness that nobody really noticed the news.

A week passed before Castle Island Ventures partner Matt Walsh resurfaced the earnings call transcript in a tweet. He noted how the Nasdaq-traded stock was “diversifying its cash holdings to include bitcoin.”

Walsh gave the news a double-eye emoji. Watch this, he was saying.

Six days later MicroStrategy poured all $250 million of its inflation-hedging surplus into bitcoin. Gone was the 12-month timeline and the promise to diversify across gold and other alternative assets. All bitcoin, all the time.

Come September, its board of directors had recognized bitcoin as MicroStrategy’s primary treasury reserve and hinted in an SEC filing that more buying could be on the way.

As of press time, MicroStrategy has converted $425 million into bitcoin. The stock has surged 30% since its first bitcoin buy on Aug. 11. It was up 9% on Tuesday.

Other publicly traded tech firms – think Apple and Google – park billions of excess capital in cash and leave it there for years. But Saylor didn’t want to leave MicroStrategy’s millions in a bank account where the specter of inflation could slowly whittle it away.

“We just had the awful realization that we were sitting on top of a $500 million ice cube that’s melting,” Saylor said. MicroStrategy has settled on bitcoin as the treasury alternative.

“This is not a speculation, nor is it a hedge,” said Saylor. “This was a deliberate corporate strategy to adopt a bitcoin standard.”