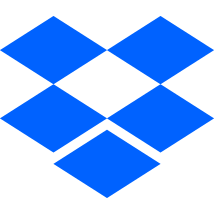 Dropbox CEO and co-founder Drew Houston, appearing at TechCrunch Disrupt today, said that COVID has accelerated a shift to distributed work that we have been talking about for some time, and these new ways of working will not simply go away when the pandemic is over.

“When you think more broadly about the effects of the shift to distributed work, it will be felt well beyond when we go back to the office. So we’ve gone through a one-way door. This is maybe one of the biggest changes to knowledge work since that term was invented in 1959,” Houston told TechCrunch Editor-In-Chief Matthew Panzarino.

That change has prompted Dropbox  to completely rethink the product set over the last six months, as the company has watched the way people work change in such a dramatic way. He said even though Dropbox is a cloud service, no SaaS tool in his view was purpose-built for this new way of working and we have to reevaluate what work means in this new context.

“Back in March we started thinking about this, and how [the rapid shift to distributed work] just kind of happened. It wasn’t really designed. What if you did design it? How would you design this experience to be really great? And so starting in March we reoriented our whole product road map around distributed work,” he said.

He also broadly hinted that the fruits of that redesign are coming down the pike. “We’ll have a lot more to share about our upcoming launches in the future,” he said.

Houston said that his company has adjusted well to working from home, but when they had to shut down the office, he was in the same boat as every other CEO when it came to running his company during a pandemic. Nobody had a blueprint on what to do.

But as he checked in on the customers, he saw them asking for new workflows and ways of working, and he recognized there could be an opportunity to design tools to meet these needs.

“I mean this transition was about as abrupt and dramatic and unplanned as you can possibly imagine,

and being able to kind of shape it and be intentional is a huge opportunity,” Houston said.

Houston debuted Dropbox in 2008 at the precursor to TechCrunch Disrupt, then called the TechCrunch 50. He mentioned that the Wi-Fi went out during his demo, proving the hazards of live demos, but offered words of encouragement to this week’s TechCrunch Disrupt Battlefield participants.

Although his is a public company on a $1.8 billion run rate, he went through all the stages of a startup, getting funding and eventually going public, and even today as a mature public company, Dropbox is still evolving and changing as it adapts to changing requirements in the marketplace.