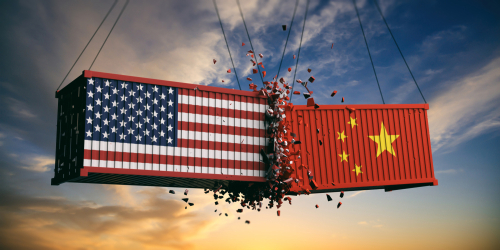 China on Friday ordered the United States to shut its consulate in Chengdu in response to the American closure of China’s equivalent branch in Houston. The US had ordered China to close its consulate in Houston which was indeed a political provocation which was the view by Beijing. US Secretary of State Mike Pompeo said the decision was taken because China was “stealing” intellectual property. another escalation in the dispute between the world’s two largest economies. The closure of the US consulate in Chengdu was a measured response.

There was no end in sight to this conflict that has moved from trade and technology to freedom of the press, religion, and human rights not to mention a race for a coronavirus vaccine which is nonsense since the most vulnerable are the elderly and even the flu shot has less of an effect upon the elderly.

Clearly, the relationship between the US and China is worsening. Nevertheless, we have not yet reached the point of no return. That would be suggested by two things:

The closure of embassies in each country

military confrontation, whether intentional or accidental.

The intellectual property theft by China is alleged to have been over the coronavirus vaccine development. Two Chinese nationals, who allegedly spied on US research companies and got help from state agents for other thefts, have been charged.

Much of this confrontation is political given the US elections pending in November. However, Trump is very old school and his views of trade are rather antiquated no different than the major political establishment. They see only the loss of jobs domestically and not the benefits to the consumer to obtain a better price. Trump is moving against the pharmaceutical industry where the same drugs are much cheaper in Canada and many are even available over the counter outside the USA for a fraction of the costs domestically. This is the entire problem with blocking international trade. The ultimate cost is always paid by the consumer.

Climate Tokens and The Never-Ending Squeeze